Get fit. Get active. Get social. Play Netball.

Live your passion and play netball with Melbourne Social Netball.

Get Unplugged! Make new friends, socially network, have fun while playing (exercise in disguise) and be a part of the most safely run Social Netball Competitions in Melbourne.

Dedicated to facilitating netball fans passion for playing and umpiring in netball games across Melbourne, here you can create and sign up a team, join a team as an individual or become an umpire. It’s a fantastic idea for any off-sight activity for businesses that want to strengthen the working relationships in the workforce.

Leaders in Melbourne Social Netball and Netball Umpire Training, we offer a variety of netball venues and options to suit all players:

Netball has changed a lot over the years. With increased speed, athleticism, the ever-growing popularity of mixed netball teams and an overall rise in player skills, playing Netball has become an intensified physical contest.

At the same time, netball is a social game and half the fun is meeting like-minded people. Our community of netball enthusiasts are welcoming, nurturing and open minded. All player levels and ages (18 and up) are encouraged to join.

If you would like to join, the balls in your court. 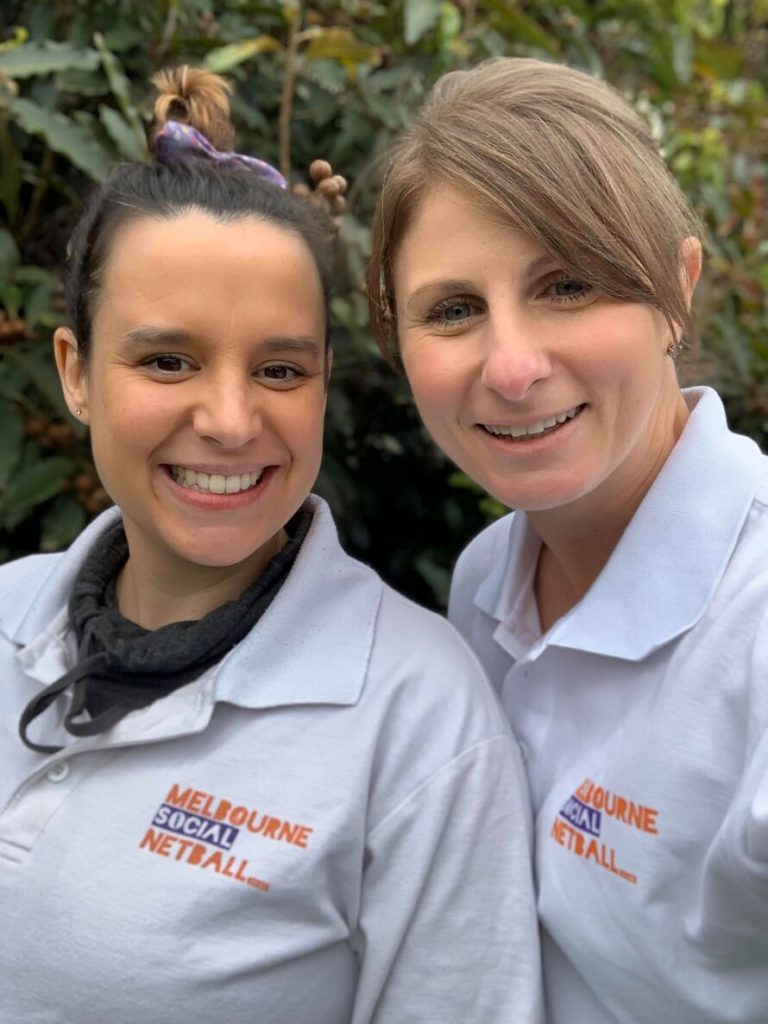 Bek is one of the two ladies working frantically behind the scenes to make the game of netball occur seamlessly. Bek started umpiring in 2013 at Flagstaff Gardens and Ascot Vale. In 2014, while pregnant with her daughter Maddy, Bek was asked to join the support team and 6 years on she is more invested in continuing to make Melbourne Social Netball (MSN) a success.

Whilst by night Bek is a netball enthusiast by day besides being a mum to two little ladies is a Lawyer specialising in Family Law.Bek has been a lawyer for 8 years across various companies and states.
Tina Blythman
Tina started playing netball in South Yarra with MSN after arriving in Melbourne in 2007. After several seasons of persistent requests Tina joined the umpire team in 2010. While in 2013 after the birth of her son Max, Tina started helping behind the scenes and quickly became Operations Manager. In 2016 Tina stepped back on to the Court to Coordinate and Umpire and hand the reigns over to Fiona.
Professionally, Tina has been in Human Resources in Learning and Development roles since 2003: specialising in Leadership and Talent. In addition to her love of Learning and Netball, she is always a practicing Yoga Teacher.
On a slightly more personal note both Bek and Tina relish in their roles as mums to their beautiful children and see Melbourne Social Netball as an expansion to their own family.